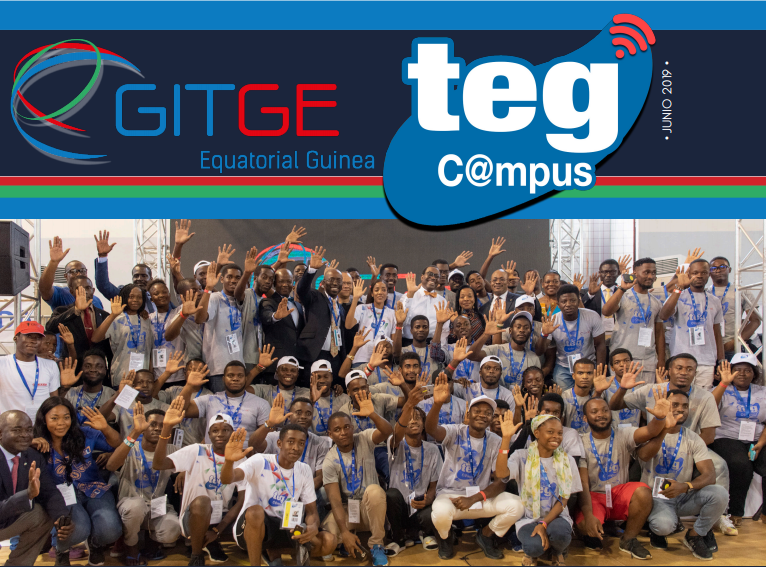 “Equatorial Guinea is the best kept secret in Africa, and the TEG Campus Technological Event has been my favourite experience on this trip”

On the day before the closing event of TEG Campus, we received with great joy, the visit of an august personality: Dr. Akinwumi Adesina, the President of the African Development Bank Group (ADB).
He was accompanied by an esteemed delegation comprised of, the Minister of
Finance, Cesar Augusto Mba Abogo and the Secretary of State of the Treasury
of Equatorial Guinea, Milagrosa Obono Angue. The dignitaries visited the event areas and chatted with the contestants to learn about their projects, with the visit culminating in what became one of the most memorable moments of the conference; the magnificent speech by Dr. Adesina, before everyone present.
The technical director of GITGE, Olivia García, received the guests and gave a presentation on the initiative which inspired TEG Campus. She then took the delegation on a tour of the Lab Zone, where Dr. Adesina and the delegation admired the inventions. They also toured the Bootcamp section, where Dr. Adesina gave a talk on entrepreneurship to the program participants. The participants listened with great interest to the economist’s words and took ideas to develop their own companies and projects in the future.
In spite of the fact that this was a high category visit by a very important individual, Dr. Adesina was very warm and his visit was also very pleasant. During his speech on the main stage, he was surprised to see that this interesting social initiative, TEG Campus, was taking place on a basketball court. He felt this was rewarding and described it as “great people in search of great goals” referring to the young participants in the activity.
After a 30 minute speech, Dr. Adesina assured the entire audience that the
African Development Bank will create a program to support the GITGE project
and invest in improvements to access the technology of young Equatorial Guineans. “I want you to tell the person sitting next to you that they are going to succeed. Have confidence in yourself, in your own ability to succeed despite the obstacles and never listen to anyone who tells you cannot succeed “said the inspiring economist in his speech.

The Teg Campus in numbers

The second edition of the biggest technological event in Equatorial
Guinea was marked by even greater achievements than the last one: a
substantial increase in the audience and the number of attendees. The
numbers are proof that the event must be taken into account for future
social initiatives developed by GITGE.

The stars of the Teg Campus

MODALITY OF DEVELOPMENT OF WEB PAGES

MODALITY OF DEVELOPMENT OF APPLICATIONS

First prize: Maria José Ngui and Angelina Victoria Mitogo, Smart Staff, (tool for people with visual or elderly disabilities that improves the quality of life and mobility of the user

Third Prize: Ruben Ondo, Interfón (a system that makes it possible to turn lights on and off remotely, controlling energy expenditure and reducing the possibilities of fire by electric current).

They are Agronomy students at UNGE (the national university of EG) and they united as a team to compete in the modality of ‘Invento Electrónico’ where they took the first prize. The two girls created an intelligent walking stick for the visually impaired and the elderly.

The device manages to improve the quality of life of those who use it by combining microelectronics with proximity sensors to capture obstacles at 5 meters distance.

What led you to participate in the ‘Teg Campus’?

Angelina: The society sees the world of technology as masculine, but I always saw it as a mixed world. We have been with the project for a long time and we decided to present it publicly in this event.

Maria José: from my point of view, coming to the ‘Teg Campus’ means breaking down walls. As you see, especially in the invention section, men are the majority, and it seems that this is how society works. The world of ICT has been idealized as a masculine world. To come here for me, is to make people see that women also like technology, we are passionate and we can do anything a man is capable of doing. I have also come because I believe that society is not giving due importance to what ‘Teg Campus’ means to the youth and to technology in general.

When did the passion for technology begin?

Angelina: I became interested in the operation of technology and the use of electronic devices at around the age of 14.

María José: a teacher asked us to search for certain information on the web. On one of those occasions, I went on YouTube and saw a whole section about inventions. I was surprised to see how an ordinary person is able to create something out of nothing and make it work.. I then started to research technology and how I could work with it.

What do you expect from the next ‘Teg Campus’?

Angelina: we hope there are more girls next year. This year we were the minority and when the other competitors (men) asked us what we are doing here or what we are creating and we answered “a walking stick”, they laughed at us, assuming we have less capabilities compared to them. I hope next year women do not limit themselves, that they believe in their ability to do things and put a plan in motion. In order to create an more equal world for all of us.

María José: I would like to see more tutorials, more workshops and a busier agenda. I would also like to see more companies coming to cooperate, like a a post-event collaboration with a long-term use of the talents shown in ‘Teg Campus’

THE VIDEO GAMES INDUSTRY IN THE WORLD

The eSports industry (electronic sports through videogames) has experienced huge development in recent years, not only because of the growing number of players, but also because of its growing audience. Undoubtedly, the increase in viewers clearly contributed to the growth of revenues. In the audience category there are occasional spectators and real enthusiasts, those who see it very regularly. This increase of profits is not only because viewers are generating more revenue, but also because brands are investing more and more in marketing within eSports.

Spectators of eSports in numbers:

The Videogame final was one of the most exciting moments in the event. The spectators were extremely enthusiastic and loudly supported the contestants who participated in the competition. This shows, once again, that eSports is an important field, which will attract more investment in the technology industry. The eSports business is gaining more and more publicity and is advancing by leaps and bounds.

The eSports champions of Teg Campus 2019: 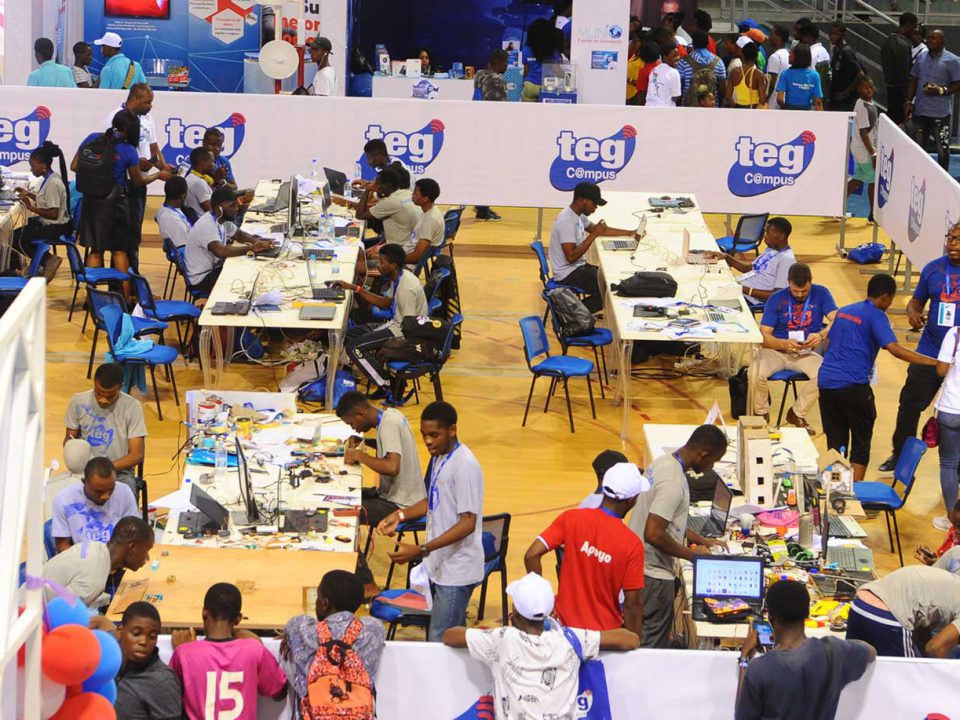